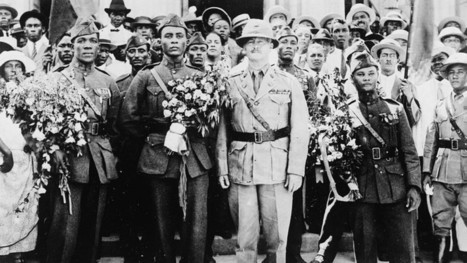 timeline commemorating its 200th anniversary presents a
story of achievement, progress and …

For National City, the occupation provided ideal conditions for business, offering the bank the authority to reorganize Haitian finances just as Vanderlip had envisioned in 1909. By 1922, National City had secured complete control of Banque Nationale and floated a $16 million loan refinancing Haiti’s internal and external debts. Amortization payments were effectively guaranteed from Haiti’s customs revenue, and the loan contract was backed up by the U.S. State Department.

Haiti proved a lucrative piece of business for National City during the 1920s. Yet by the beginning of the next decade, it began to reconsider its ownership of Banque Nationale. Following protests that pressured the State Department to disentangle itself from Haiti, the Marines departed in 1934.

(Peter James Hudson is an assistant professor of history at Vanderbilt University. The opinions expressed are his own.)

Sourced through Scoop.it from: www.bloombergview.com

Where Does Haiti Fit in Citigroup’s Corporate History?