“Restavek” is a Creole term stemming from the French expression “rester avec” which means “stay with”.
“Restavek” describes impoverished children who work as unpaid domestic servants for food and shelter.

Restaveks are children, the majority are girls, who are sent by their parents to “stay with” urban or semi-urban families. Parents often make this choice in the belief that their children will gain access to a better standard of living and better education. In reality, many families that host Restavek children have only marginally greater resources. Host families may be unable or unwilling to pay the fees required for Haiti’s limited and often private educational opportunities. 90% of school facilities in Haiti require tuition that Restaveks are unable to pay. As Restaveks, they don't earn wages that would support their own education.

Often, the only difference is that the family they are being sent to resides in a city. Although city dwellers may have more opportunities than those in very rural areas, children don’t automatically have access to education by living there. Often, the host families are also relatives. While they may have a relationship of trust, this trust does not guarantee loving, caring, and supportive treatment. The life of a Restavek child is marked by abandonment, isolation, stigmatization, fear, neglect, abuse, and exploitation.

Daily Life of a Restavek

Restavek children spend most of their day doing housework, which may include cleaning, cooking, and caring for family members. As part of this work, they are often required to use sharp objects, open flames, and toxic chemicals or engage in other activities that pose physical risks, such as heavy lifting or disposing of human waste. Despite their work, Restaveks are not seen as part of the family.

They wake up before the rest of the family to collect water and make a fire. When the rest of the children wake up, they walk them to school and escort them home after school ends. Since Restaveks work 10-14 hours a day, they rarely attend school themselves. Those who do may have consistently low academic performance. Many have skills below the grade level for their age, and few Restavek progress beyond the third grade.

The young age that Restaveks can be migrating to hosting families

The amount of Haitian children that are Restaveks 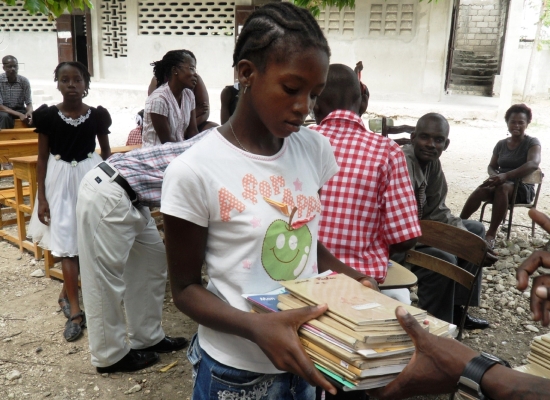 Impact of Servitude on Children

With few exceptions, the economic security of Restavek children remains compromised for the rest of their lives. The lack of formal education, along with a lack of emotional and social support and a very difficult socioeconomic condition, prevents them from overcoming their poverty.

Children of Restaveks often find themselves placed within the Restavek phenomenon.

Exploitation for Food and Shelter

In addition to forced and strenuous labor, Restaveks may also experience physical, emotional, and sexual abuse. Host families treat them like servants who are not members of the family. With little access to education, they may be ostracized by their communities as well as other groups within Haitian society, who may view uneducated children as potential threats.

Without the affection and support of a family, or other opportunities to play, bond, and grow with their peers, their development suffers 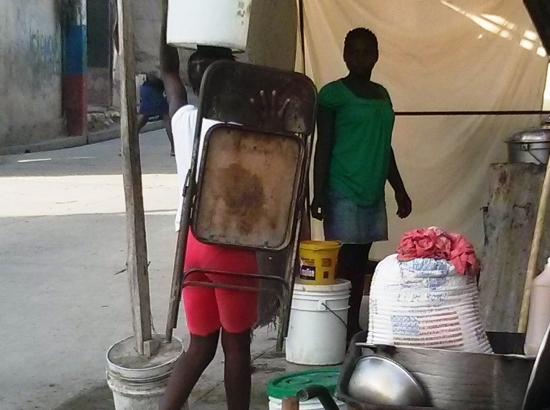 The percentage of of Restaveks experience physical violence

The percentage of of Restaveks experience emotional violence

The risk of female Restaveks to experience physical, emotional, and sexual violence than other Haitian girls

A history of brutal French colonialism, retaliation and extortion by imperial powers, repeated natural disasters, and current geopolitical conflicts sits at the root of poverty in Haiti

In 1663, France, an absolute monarchy under the rule of Louis XIV, took control of Haiti from the Spaniards and established the most profitable colony in the world based on slavery. In 1791, Haitians began a slave rebellion against the French, Spaniards, British, which culminated in independence in 1804. The creation of the first black nation ruled by former slaves was a defining moment in the history of the Americas, with a profound impact on dismantelling the institution of slavery.

In retaliation, however, colonial powers adopted a deliberate boycott of Haiti’s economy and undermined its internal affairs. France did not recognize Haitian sovereignty and extorted $21 billion as compensation for losses. Even the Vatican extorted economic concessions, which are still enforced, in exchange for its recognition of the new nation’s sovereignty. These debts hindered the development of Haiti.

Haiti has also been the center of a geopolitical war between socialism and capitalism, which has interfered with and undermined the Haitian democratic process. These conflicts include American occupation, an American supported dictatorships (Duvalier), an American supported coup (President Aristide), American support of paramilitary groups and terrorism (FRAPH). American guns currently arm the gangs that exercise control over major areas of the country.

American corporations, through the US State Department, dictate labor laws that regulate minimum wages and exploit Haitian labor and natural resources. These structures have turned Haiti into a client state, with US corporations controlling food security and other economic sectors.

With Haitian sovereignty undermined, and Haitian institutions destabilized, Haiti remains in a state of perpetual emergency.

The prevailing narrative addressing the “Restavek” phenomenon incorporates the notion of “slavery” and “slaves”, implying the existence of Haitian “slave masters”. Such a narrative draws upon the language of human rights violations, which is itself rooted in colonial mindframes that discount the responsibilities of foreign policies interventions carried out by the Charity Industrial Complex, formed by global Christian organizations and financed by the State Department via the US Agency for International Development (USAID). Historically, missionaries worked for European monarchies and paved the way for European colonialism. Today, what was once called the “civilizing mission” is now called “development”. The US & friends’ economic policies forced in Haiti are enabling predatory capitalism.

In this context, children become Restaveks in order to survive. 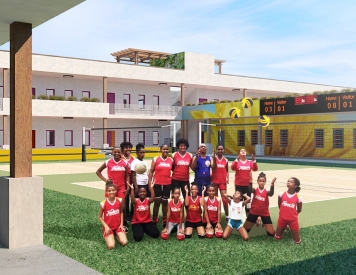