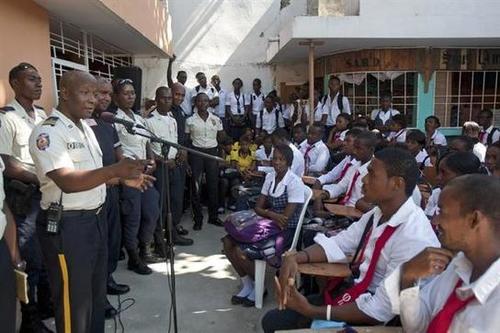 PORT-AU-PRINCE, Haiti – The U.S. State Department has begun a community policing program in Haiti that aims to strengthen ties between officers and the neighbourhoods they patrol in a country where police are largely mistrusted.