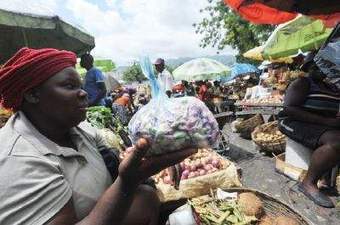 PORT-AU-PRINCE, Haiti — The idea that the delivery of American food aid needs an overhaul goes almost without question here in the capital of a nation still recovering from the devastating earthquake of four years ago.

The turning point in the debate over U.S. food aid came when the U.S. Agency for International Development (USAID) — the entity that oversees foreign aid — admitted the program was flawed, urging Congress to permit the agency to send cash rather than food to nations in need. Agency officials believe they could feed 2 to 4 million more people per year if they were allowed to spend more of their budget on procuring food aid locally in the countries where it is needed (another study put the figure of additional beneficiaries even higher, at 4 to 10 million people).