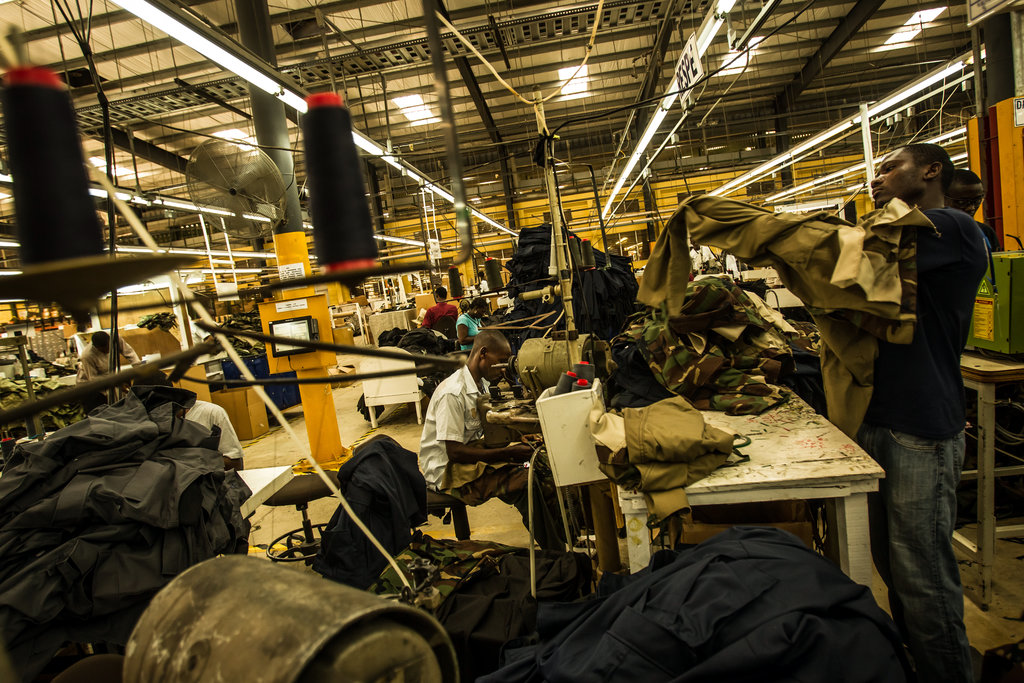 WASHINGTON — One of the world’s biggest clothing buyers, the United States government spends more than $1.5 billion a year at factories overseas, acquiring everything from the royal blue shirts worn by airport security workers to the olive button-downs required for forest rangers and the camouflage pants sold to troops on military bases.

But even though the Obama administration has called on Western buyers to use their purchasing power to push for improved industry working conditions after several workplace disasters over the last 14 months, the American government has done little to adjust its own shopping habits.

Labor Department officials say that federal agencies have “zero tolerance” for using overseas plants that break local laws, but American government suppliers in countries including Bangladesh, the Dominican Republic, Haiti, Mexico, Pakistan and Vietnam show a pattern of legal violations and harsh working conditions, according to audits and interviews at factories. Among them: padlocked fire exits, buildings at risk of collapse, falsified wage records and repeated hand punctures from sewing needles when workers were pushed to hurry up.

In Bangladesh, shirts with Marine Corps logos sold in military stores were made at DK Knitwear, where child laborers made up a third of the workforce, according to a 2010 audit that led some vendors to cut ties with the plant. Managers punched workers for missed production quotas, and the plant had no functioning alarm system despite previous fires, auditors said. Many of the problems remain, according to another audit this year and recent interviews with workers.

In Chiang Mai, Thailand, employees at the Georgie & Lou factory, which makes clothing sold by the Smithsonian Institution, said they were illegally docked over 5 percent of their roughly $10-per-day wage for any clothing item with a mistake. They also described physical harassment by factory managers and cameras monitoring workers even in bathrooms.

At Zongtex Garment Manufacturing in Phnom Penh, Cambodia, which makes clothes sold by the Army and Air Force, an audit conducted this year found nearly two dozen under-age workers, some as young as 15. Several of them described in interviews with The New York Times how they were instructed to hide from inspectors.

“Sometimes people soil themselves at their sewing machines,” one worker said, because of restrictions on bathroom breaks.

Federal agencies rarely know what factories make their clothes, much less require audits of them, according to interviews with procurement officials and industry experts. The agencies, they added, exert less oversight of foreign suppliers than many retailers do. And there is no law prohibiting the federal government from buying clothes produced overseas under unsafe or abusive conditions.

“It doesn’t exist for the exact same reason that American consumers still buy from sweatshops,” said Daniel Gordon, a former top federal procurement official who now works at George Washington University Law School. “The government cares most about getting the best price.”

Frank Benenati, a spokesman for the Office of Management and Budget, which oversees much of federal procurement policy, said the administration has made progress in improving oversight, including an executive order last year tightening rules against federal suppliers using factories that rely on debt bondage or other forms of forced labor.

“The administration is committed to ensuring that our government is doing business only with contractors who place a premium on integrity and good business ethics,” he said.