Modern-day slavery in focus is supported by

It was 175 years ago, on 17 April 1839, that a group of abolitionists gathered to found the British and Foreign Anti-Slavery Society. Today that organisation is known as Anti-Slavery International; it is the oldest international human rights organisation in the world, and I am proud to be a patron.

At the time the society was founded, slavery had just been abolished in the British colonies and the plan was to campaign for the abolition of slavery in the rest of the world. But the founders soon realised that the formal abolition of slavery did not prevent people being forced to work against their will.

They knew that it took more than 50 years of campaigning to stop the transatlantic Slavery Trade, in 1807, then slavery itself in the British colonies in 1833, and then to ban slavery under its different name of apprenticeship in 1838.

But could they have imagined that, 175 years on, there would still be 21 million people in slavery across the world, and that Britain itself would not be free from its scourge?

Anti-Slavery has done some ground-breaking work down the years to protect people whose rights were denied by whoever the current ruler happened to be. The organisation’s efforts included exposing the atrocities of King Leopold in the Belgian Congo by using the work of the celebrated missionary Alice Seeley Harris to mount what was probably the first photography-based campaign in history (currently on exhibition in Liverpool’s International Slavery Museum). Anti-Slavery also revealed the forced labour of the Putumayo in Peru, and campaigned to end the use of “coolie” labour in British colonies.

They were instrumental in agreeing many global treaties against slavery: a League of Nations slavery convention of 1926 that, for the first time, obliged all ratifying states to end slavery, not to mention the UN supplementary convention in 1956 and the numerous ILO conventions and European treaties on trafficking.

Anti-Slavery continues to campaign on the most pressing slavery issues, including forced labour in the export-oriented industries of Thailand and in the cotton and chocolate industries, and the enforced servitude of domestic workers across the world. The organisation continues to undertake pioneering work: setting up schools for the children of formerly enslaved people in the arid lands of Niger, empowering child domestic workers to advocate for their own rights in six countries on three continents, and uncovering the role of international brands in slavery practices.

Fine work it might be, but it is far from over.

When I was making 12 Years a Slave, I was struck by the parallels it had with slavery today. Scenes of slaves picking cotton reminded me of the tens of thousands of Uzbek citizens forced to pick cotton every year by their own government. The beatings and floggings brought to mind recent stories of Indian brick kiln workers having their hands chopped off for refusing to work in inhuman conditions, or a 10-year-old domestic worker beaten to death by her employers. Slaves struggling in extreme heat make me think of enslaved migrant workers building venues for the World Cup in Qatar. 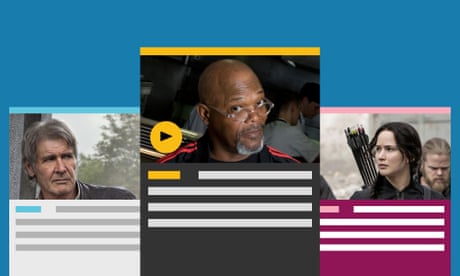 Slavery remains a problem in the contemporary world because we allow it to happen. Governments lack the political will and the moral courage to address its underlying causes: poverty, vulnerability and discrimination, and the failure of the rule of law to protect the vulnerable. Businesses remain faithful to the old mantra of maximising profits whatever the human cost. And we let them get away with that.

Even in the UK, there are urgent problems in relation to protecting the vulnerable from forced labour. Many people apparently trafficked to the UK are deported because the government seems to care more about their migration status than its responsibility to protect them. Those forced to commit crimes such as cannabis cultivation are prosecuted while their captors enjoy impunity.

Migrant domestic workers have become much more vulnerable to slavery as a result of recently introduced UK immigration laws that, in tying them to one employer, resemble the system of “kafala”responsible for the enslavement of vulnerable workers across the Middle East. The UK was also one of only seven countries not to vote for the ILO Domestic Work Convention 189 (pdf), which gives migrant domestic workers real rights.

And though the government is introducing a new draft modern slavery bill, it fails to address a number of pressing issues, as MPs who scrutinised it pointed out in a report. Those people who founded Anti-Slavery 175 years ago still make us proud as human beings today. They achieved success because they managed to change the thinking of a large part of society.

But if we don’t change our way of thinking, and get fully behind modern anti-slavery campaigners, in 175 years’ time there will be someone else writing an article similar to this one. So let’s not celebrate, let’s get to work.