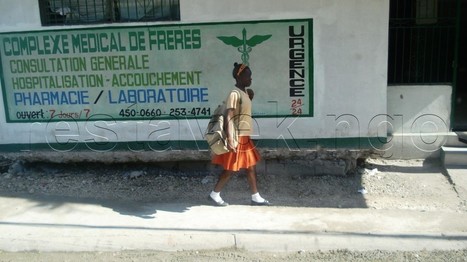 The Restavek practice originally involved the transfer of the child from one family to another. However, the restavèk system is more accurately characterized as trafficking and now often involves middlemen recruiters, or koutchye, who are paid to find a restavèk for host families. This system of trafficking often results in the complete loss of contact between the restavèk child and her biological family.

A restavèk generally works ten to fourteen hours a day without compensation. A restavèk wakes up before the host family and goes to bed after the host family. Her typical day has her bringing water to the home each day as well as completing all the household chores including cooking, cleaning, and washing. She also runs errands and walks her host parents’ children to and from school.

Children become restavèk as young as age five. Therefore their labor, even if paid and under better conditions, violates the rights of the child as provided for in Article 32 of the CRC as well as Article 2 of ILO Convention 138 and Article 335 of the Haitian labor code which each set the minimum age for child labor at fifteen.

In addition to forcing a restavèk to work long hours most often without access to school, host families also fail to properly care for restavèk children. In fact, restavèk are often so malnourished that on average a fifteen year old restavèk stands four centimeters shorter and weighs twenty kilograms less than the average Haitian child.