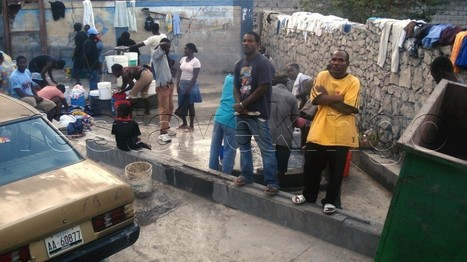 For the most part, restavèk are found in middle to lower middle class homes, as well as the poorest slums of Port-au-Prince. The lack of local water infrastructure and overall lack of public services such as electricity in poor neighborhoods creates high demand for domestic workers to fetch water each day, and provide other basic services. Since families in these poor neighborhoods usually lack employment and are unable to pay for domestic help, these families rely on free child labor. A recent survey conducted by the Pan-American Development Foundation (PADF) and USAID found that Cite Soleil, the largest slum of Port au Prince, had the highest percentage of children who were living in restavèk. While sixteen percent of all Haitian children surveyed were found to be restavèk, forty percent of all children surveyed in Cite Soleil were restavèk.