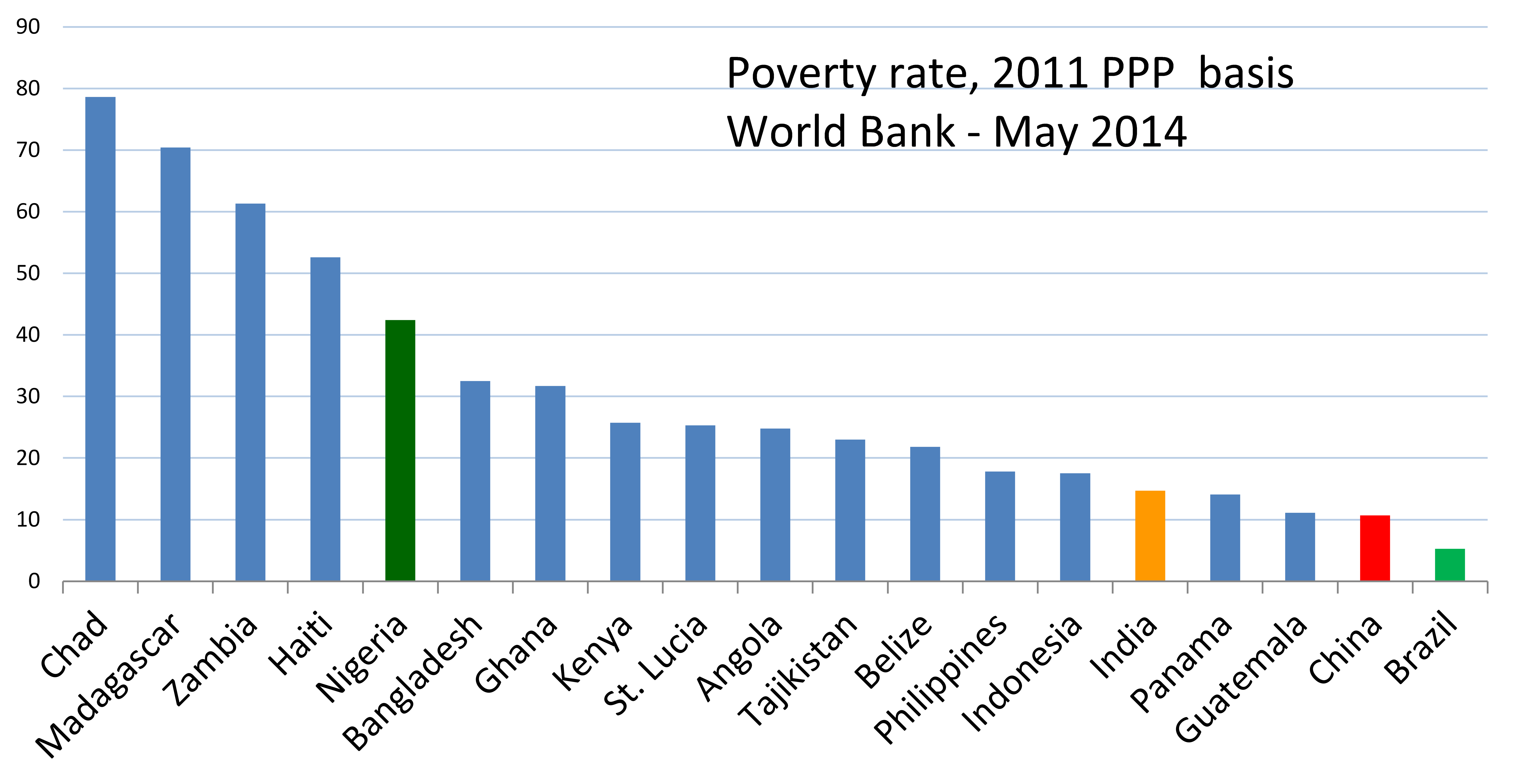 The country of Haiti has almost always been classified as the poorest country in the Western hemisphere, and has experienced a stagnation or even decline in Gross Domestic Product (GDP) since it achieved independence. Today, Haiti is run by a transitional government assisted by an international stabilization force to address the country’s manifold problems. One such is the widespread illness of severe poverty that the majority of the citizenry are immersed in. It is important for researchers and analysts to be able to measure monetarily what poverty is.

The $1 and $ 2 per person per day poverty definition is what has been applied to when evaluating other nations. Studies that were conducted ultimately found that with 56% of the population living on less than 1 $ a day, Haiti is the poorest country in Latin America.

Nicaragua has the second highest headcount index, with 45% of the population living on less than 1 $ a day.

It is not a surprise to find that poverty is more widespread in rural areas than in the cities. Since two-thirds of the population live in rural areas, it was found that 77% of Haiti’s extremely poor live in rural areas; in other words, extreme poverty in Haiti is predominantly a rural phenomenon. (On the basis of monetary measure)

It is important to understand for researchers to fully understand what poverty is in order to reduce it.

There are two questions that are pertinent to this discussion:

And, furthermore, what are the determinants of salary within the rural areas?

There are rural areas in Haiti where one would expect income levels to be lower due to the conditions of the climate where scarcity of water exists, erosion of soil and a dearth of strong infrastructure are observed. On the other hand, it is also true that certain human qualifications such as education levels may be lower among the rural populations, therefore, lower incomes generated there.

We would expect such inhabitants, if given a choice in the matter, to move to areas where economic opportunities do exist in greater number, where resources and firm infrastructure are plentiful; to some degree this is happening: There is a strong pattern of migration from rural areas to towns, and in particular to the capital. But there are obstacles to mass migration such as familial or personal ties, becoming disillusioned to the prospect of a new living area and the risk of falling into more abject poverty after migration. It is probable in these instances, that both people and places can be contributory.

Regarding the second question, it was found in various studies that land ownership has a modest positive impact on income in rural areas. An owner possessing one more hectare of land increases household income by 2%. However, the majority of households own far less land which would increase their income by 12% all else equal, and 99% own less than 14 hectares, which corresponds to an increase of 28%. The income differences caused by differences in land ownership are therefore relatively small. A researcher argued that poverty and landlessness are linked through the rural labor market: Large landowners need to control few labor resources so that natural resources can be exploited profitably.

The landless constitute an eager work force that must work for low wages allowing landowners to retain a large share of profits. As large landowners are virtually non-existent in Haiti, the landless cannot work on large estates and a different labor market structure rises.

Relative to other nearby countries, Haiti is the poorest nation in Latin America, its poverty also presents different challenges than the ones confronting policy-makers in the rest of the region. They are more profound and require significant involvement at the levels of grassroots & government.