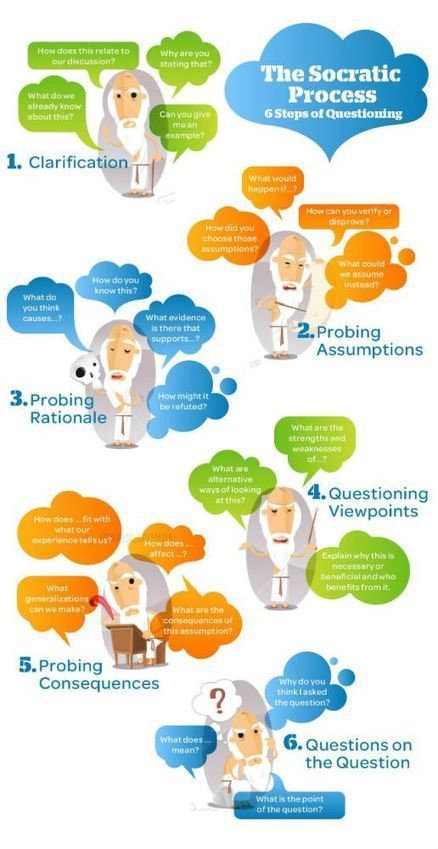 Socratic method, also known as maieutics, method of elenchus, elenctic method, or Socratic debate, is named after the classical Greek philosopher Socrates . Elenchus is a form of cooperative argumentative dialogue between individuals, based on asking and answering questions to stimulate critical thinking and to draw out ideas and underlying presumptions. It is a dialectical method, often involving a discussion in which the defense of one point of view is questioned; one participant may lead another to contradict themselves in some way, thus weakening the defender’s point. This method is introduced by Socrates in Plato’s Theaetetus as midwifery (maieutics) because it is employed to bring out definitions implicit in the interlocutors’ beliefs, or to help them further their understanding.

The Socratic method is a method of hypothesis elimination, in that better hypotheses are found by steadily identifying and eliminating those that lead to contradictions. The Socratic method searches for general, commonly held truths that shape beliefs, and scrutinizes them to determine their consistency with other beliefs. The basic form is a series of questions formulated as tests of logic and fact intended to help a person or group discover their beliefs about some topic, exploring the definitions or logoi (singular logos), seeking to characterize the general characteristics shared by various particular instances. Aristotle attributed to Socrates the discovery of the method of definition and induction, which he regarded as the essence of the scientific method.