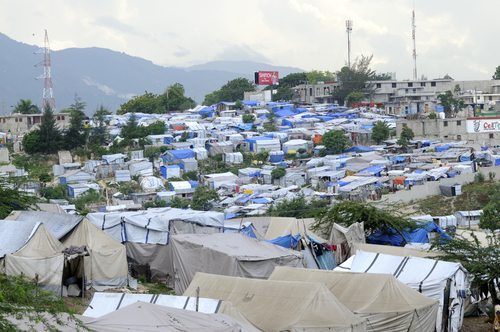 How quickly our sector drops issues! Remember the vigorous debate about the benefits and damage from the international assistance delivered to Haiti in the wake of the nation’s devastating January 2010 earthquake? Clare Lockhart, the founder and executive director of the Institute for State Effectiveness, and Johanna Mendelson Forman, a senior advisor at the Stimson Center, have written in a recent issue of Foreign Policy online a powerful reminder of Haiti’s development and NGO problems that merits plenty of attention in the nonprofit sector.

The two authors remind us that the earthquake, centered on the Haitian capital, Port-au-Prince, killed an estimated 300,000 people and made one-tenth of the nation’s population instantaneously homeless. Donor nations pledged $5 billion in short term aid and $10 billion in long term aid, with much positive results—90 percent of the homeless resettled, 80 percent of the earthquake rubble cleared.

On the other hand, 100,000 Haitians still live in camps that the authors describe as “squalid” and “characterized by poverty, cholera epidemics, and sexual violence toward women.” The nation is still the poorest nation in the Western Hemisphere, much poorer than citizens of the Dominican Republic who occupy the other half of the island of Hispaniola. Lockhart and Forman report, “The Haitian government still depends on donor assistance and remittances from abroad for nearly all of its revenue.” With the bulk of Haitian policing still handled by UN troops, and with the government still dependent on donor assistance for its revenues, Haitians feel “they are an occupied nation.” NGOs still don’t trust governmental institutions as reliable partners and have created “parallel administrative structures that undermined Haiti’s government and alienated its people.”

What can get Haiti out of this devastatingly difficult trap of deep poverty and weak sovereignty? Lockhart and Forman call for a “national discussion” that would “take stock of Haiti’s considerable assets and generate grassroots pressure to transform the Haitian political and governmental system.” Citing successful models from Mexico, Guatemala, Peru, and Chile, they envision “a national dialogue that would cut across traditional class, party, and geographical lines, giving voices outside the usual political elites an opportunity to participate in shaping the national agenda.”

Given the challenges that Lockhart and Forman detail in the article, which is based on a longer report, a Haitian national discussion seems well intentioned but difficult to imagine getting very far. They report, for example, that political office is seen as the only means of upward mobility; political incumbents will “resort to any means to secure their inherently precarious political positions” and, as a result, a “narrow, kleptocratic elite has captured key positions in government agencies and civil society organizations.” However, the international donor community is in a weak position to call for governmental and civil society reforms in the country.

“Donors themselves set a poor example of successful finance management and transparency,” Lockhart and Forman write. “The U.N. agencies, NGOs, and contractors have yet to publish accounts of financial expenditure that are readily available to Haitian citizens. They waste time and money on duplicating inefficient projects because they fail to coordinate with one another or with local governments. Meanwhile, they are complicit in the siphoning off of significant foreign-aid dollars for favored NGO and U.N. contractors. Only 10 percent of the $6.04 billion in funding donated between 2010 and 2012 went to the Haitian government, and less than 0.6 percent went to Haitian organizations and businesses. By circumventing Haitian institutions in the effort to deliver aid, the donor community missed an opportunity to use its resources to reform the institutions themselves.”

From our vantage point, it seems that the NGO community and the donor nations on the international scene need to pursue their own self-improvement dialogue. Given their financial dominance of the nation, their practices could well frustrate any positive outcomes from the Haitian national dialogue Lockhart and Forman call for. Poor Haiti has been subject to all kinds of prescriptions from well-meaning external actors that would fix and cure the nation’s ailments. However, given the track record of NGOs in Haiti, it might be a critically important moment for donors and NGOs to hear and heed the message, “doctor, heal thyself.”—Rick Cohen